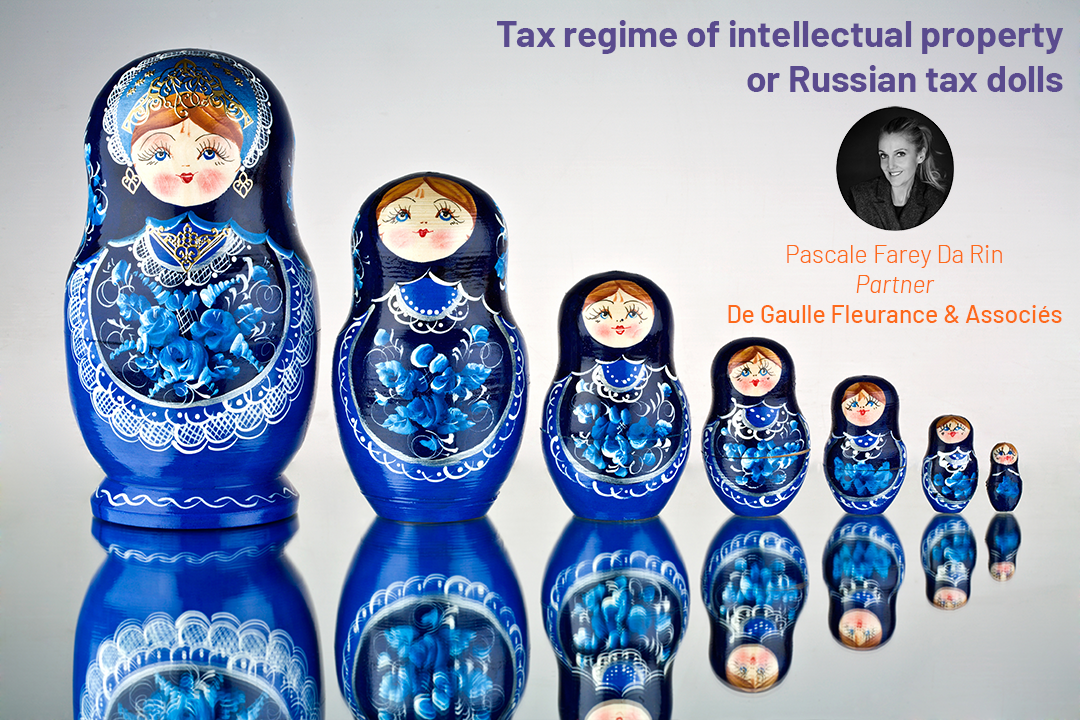 Draft of 2020 Tax Bill, DAC 6, IFRIC 23… Favouring bold and judicious tax governance while respecting a safe approach in compliance with regulations is more than ever a contortionist’s act.

This is all the more true for all structures carrying or developping intellectual property in the form of patents or software protected by copyright.

Indeed, the 2019 Finance Act, after having literally overhauled the previous tax regime in order to bring French tax law into line with the OECD’s Action 5 BEPS programme, invited and even forced players in the world of intellectual property to sometimes even rethink their strategy for locating their intellectual property, to avoid harmful pitfalls.

As a reminder, Action 5 of the BEPS Project, which aims at erasing harmful tax practices, highlighted non-compliant local favorable tax regimes as they did not make the benefit of the patent box regime subject to the location of the R&D expenses at the national level.

As a result, the new legislation has led many French groups holding patents and/or copyrighted software to rethink their existing portfolios. It was necessary to identify existing asset lines, to allocate R&D expenditure in order to allocate them, but also to take into account the impacts of the research tax credit… all this in order to make appropriate trade-offs allowing prudent, compliant and strategic tax management.

But arbitration is not only for the past… it is also part of a more prospective dimension. Thus, groups wishing to carry out external growth actions will have to make upstream trade-offs that integrate the tax implications of the new Nexus approach into regulatory considerations.

The answer to the question: “Do I have an interest in acquiring a structure as a whole or only some of its asset lines or isolated assets” will not be exclusively conditioned by tax concerns. It will also have to integrate the new measures that the French tax authorities have recently deployed to erase tax evasion, such as:

This is not to mention the new measures under consideration in the context of the draft finance law for 2020, such as the one provided for in Article 13 of the FDP 2020 concerning the transposition into French law of the anti-hybrid rules provided for in the ATAD 2016/1164 and 2017/952 directives known as ATAD 1 and ATAD 2. These new rules aim at fighting asymmetry effects within the European Union or with third countries in the event that a party concerned is subject to Corporate Tax in France as well as to “imported” asymmetry effects (an asymmetry effect imported into France corresponds to the situation where the payment of a non-hybrid instrument is deducted in France to finance charges under a hybrid scheme between related companies or a structured scheme outside France).

It will also be necessary to integrate the penal tax system, in particular with the end of the Bercy lock, which will impose on all groups the omnipresent spectre of a criminal threat….

In short, the company that already owns intangible assets and wishes to complete its assets or wishes to acquire intellectual property will have to deal with all these parameters and make arbitrations that will overlap and cancel each other, contradict each other… This situation is clearly likely to complicate external growth operations because of the constraints they will impose on upstream acquiring groups (negotiation of GAP for exorbitant amounts, evaluation of the toxicity of certain assets or asset lines on the Nexus approach, choice of an optimal Nexus ratio in relation to the financial impact of the research tax credit or vice versa, etc.)).

This balancing act will require concerted action within the company itself – close dialogue between the various departments affected (IP, tax and legal) will be more necessary than ever – AND strategic support for the company by its lawyers.