Why failure is IP’s most underrated asset 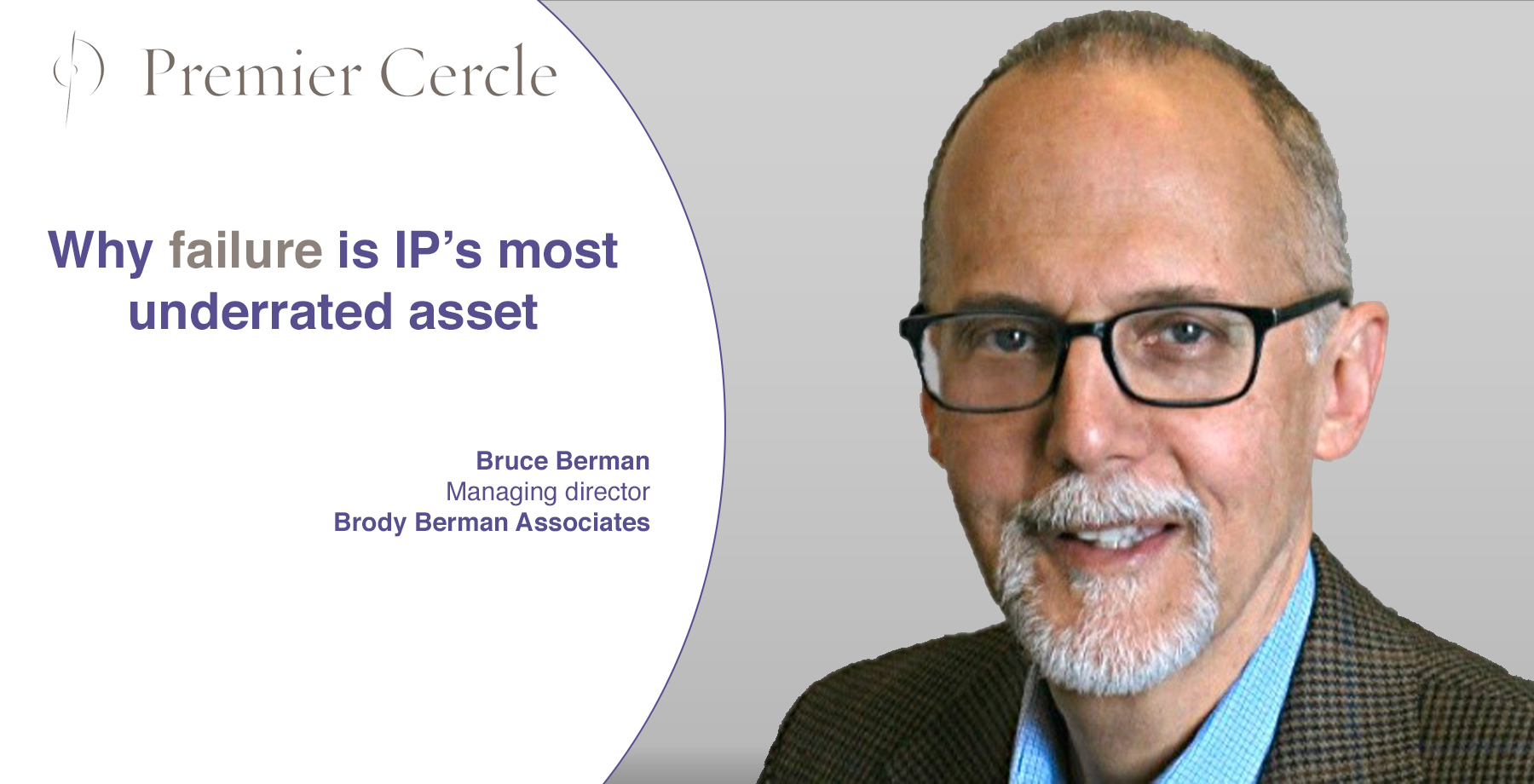 Why failure is IP’s most underrated asset

Negative know-how, an often-overlooked trade secret, can generate surprising value, especially where competition is most heated. Bruce Berman argues that such knowledge is as much a business asset as real estate or receivables.

Knowledge that enables an invention to be more effective – or that saves time identifying one – is as much a business asset as real estate or receivables, especially to a business under pressure to speed new products to market. Know-how can be enormously valuable, but it can also be dangerous when inadvertently infringed, such as when hiring an employee from a competitor who is ahead in R&D.

Know-how, sometimes known as “show-how,” is typically thought of as the secret sauce which can be used to unlock an invention’s advantage. But what about the value of negative experience – of what not to do? Of the knowledge derived from failure?

A popular television series, What Not to Wear, has run for 345 episodes more than 10 years. The show advises women and men about how to spare themselves the cost, time and embarrassment of fashion faux pas. The value, the show's viewers reason, is not only in identifying the right fashion choices, but in avoiding costly mistakes.

Knowing what failed, and why, can be as useful to an innovation-driven business as identifying what makes something work.

Information or experience that spares a business time and cost is an asset, despite how it may be reflected on the balance sheet. While firms may not be lining up to license intangibles like negative know-how, they can save R&D capital in the tens if not hundreds of millions. This type of intangible asset is less know-how than "know-go" – a source of knowledge about what not to do.

James Pooley, author of SECRETS: Managing Information Assets in the Age of Cyberespionage, a former deputy director of the World IP Organisation and an expert in trade secrets, wrote recently that negative know-how must be included in the asset base, if not the IP portfolio, of modern enterprises. "The trial-and-error method of innovation," he said, "produces lots of trials and lots of errors, and often requires enormous and risky investments. The ultimately successful product is only the very small tip of a large R&D iceberg."

"Negative" information - the knowledge of what doesn't work or works less well - can qualify for trade secret protection. The best example is the knowledge gained in pure experimentation.

Thomas Edison famously said: "I have not failed. I have just found ten thousand ways that won't work." After hundreds of experiments with different materials for a long-lasting light bulb filament he zeroed in on carbonised thread.

A business’ lack of success (know-go) is protected under trade secret law because it is valuable not only to it but to a competitor who wishes to catch-up without spending as much time and money. In pharmaceutical and biotech research, for example, thousands or even millions of compounds must be tested to identify a new drug or treatment. Would it not be nice to spend less on the process of elimination?

Closely related to the concept of ‘negative information’ is the idea that a business can be guilty of trade secret theft even though its product looks very different or it made significant investment in its own research.

"When a company’s work is informed by a competitor’s proprietary R&D," says Pooley, "the courts refer to this as indirect misappropriation, using labels like 'springboard,' 'cornerstone,' or 'accelerant' to describe the unfair advantage. In effect, it is enough if information from the first project substantially influences the second."

In M&A, for example, the more mature the R&D the greater the likely value of the business. That is where negative know-how can generate the most significant return.

Costly 'failed' research that does not produce a direct result but collectively points the way forward can be enormously relevant, not only for its abstract value but also for the capital and time it can save.

So, why is the value of negative information or know-go often unrecognised and rarely monetised?

Modern trade secret law that shields R&D from misappropriation by those who would like to attain the benefit of someone else's head start is difficult to enforce. Short of suing and potentially divulging the trade secret, what is an owner to do? Pooley suggests that a company-wide system for dealing with trade secrets is a good start; so is reviewing a business' employment agreements.

The greatest hidden value of know-how may not be in selling it under the umbrella of consulting or offering as a technology licence, but in simply avoiding the incriminating knowledge of others.

Edison less famously said: "I start where the last man left off… While I may have gotten a lot of results, I know several thousand things that won't work." That wisdom may be less profound to bean counters than engineers, but it is equally perplexing. A positive asset can be more readily valued than a negative one, and for that reason negative know-how (know-go) is not an easily licensed asset. It is a bit like risk avoidance: businesses recognise the importance but cannot value it.

Management expert Peter Drucker wrote that: “You cannot manage what you cannot measure.” Valuing knowledge that facilitates goals rather than generates revenue, falls into a similar category. A system for categorising trade secrets without necessarily revealing them would make a world of difference to range of businesses.