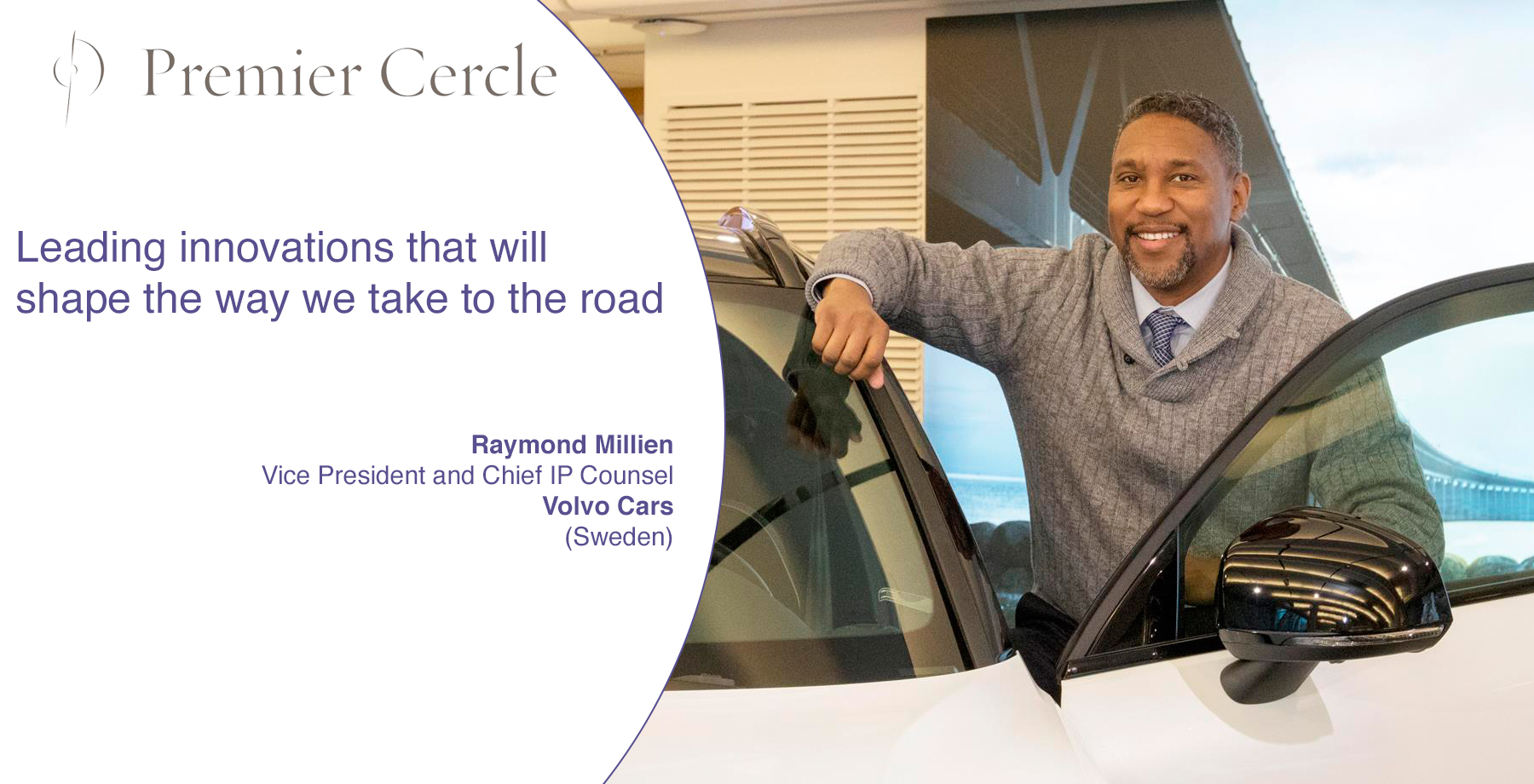 Electric and driverless cars, artificial intelligence, advanced sensor capabilities, telematics, on-board computer systems, vehicle-to-vehicle connectivity, brain-to-vehicle technology… These are just some of the technologies that fuel innovation in the car industry. Here 4iP Council talks to Ray Millien at Volvo Cars about the technologies that will have the greatest impact on car purchasing, how these new inventions happen and which intellectual property strategies could shape the future. 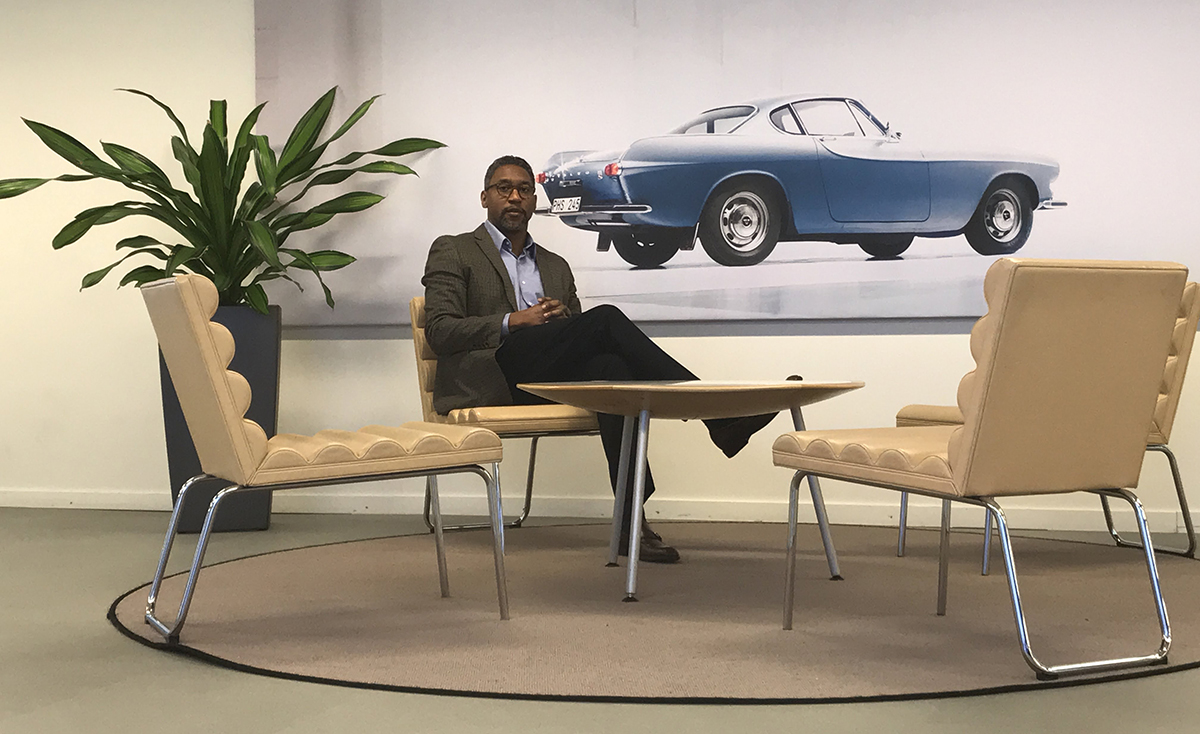 How are internet technologies changing the car industry?

It is commonplace for different objects to be connected to the Internet today and the consequences of such connectivity are an economic and social theme. The Internet of Things was the focus at the World Economic Forum in 2017 and the Fourth Industrial Revolution or Industry 4.0 are popular terms used to describe the move towards ubiquitous connectivity.

There are smart watches, meters and chips in many different objects across all sectors, but because consumers relate so easily to cars, the ‘connected car’ has become a focal point. People expect their car to be an extension of their smartphone, enabling them to see maps, access live information on traffic flows, review their driving analytics and deliver concierge and all sorts of other services. Connectivity in the car is almost a commodity.

What new technologies are customers seeking in their cars and which ones will we see soonest on the road?

Ultimately, we are moving towards driverless vehicles and the whole point of this autonomy is that the car becomes a type of living space where people can do the things they expect to be able to do in their current living rooms, be those recreational, like reading, watching a movie, surfing the Internet or even sleeping, or work-related activities.

Could connectivity become as important as fuel efficiency and engine power in car purchase decision-making?

I’m not sure that connectivity is the primary reason why people choose to drive a Volvo car – many people have an emotional connection to the brand and Volvo makes safe cars - but it has certainly become an expected service.

Has the way Volvo innovates or accesses innovation changed in recent years?

Volvo has recognised a need to take a more aggressive approach to managing its intellectual property. It is a company that is known for dedicating the three-point seatbelt patent to the public and, while that is good, there is now a more proactive focus on protecting our assets and collecting and identifying our IP. Everyone innovates, the question is whether you foster an environment where innovation is communicated and recognised.

The fact that Volvo has hired me - a US patent attorney – is indicative of stronger desire to be more proactive about capturing and leveraging innovations and more assertive about protecting and enforcing them. 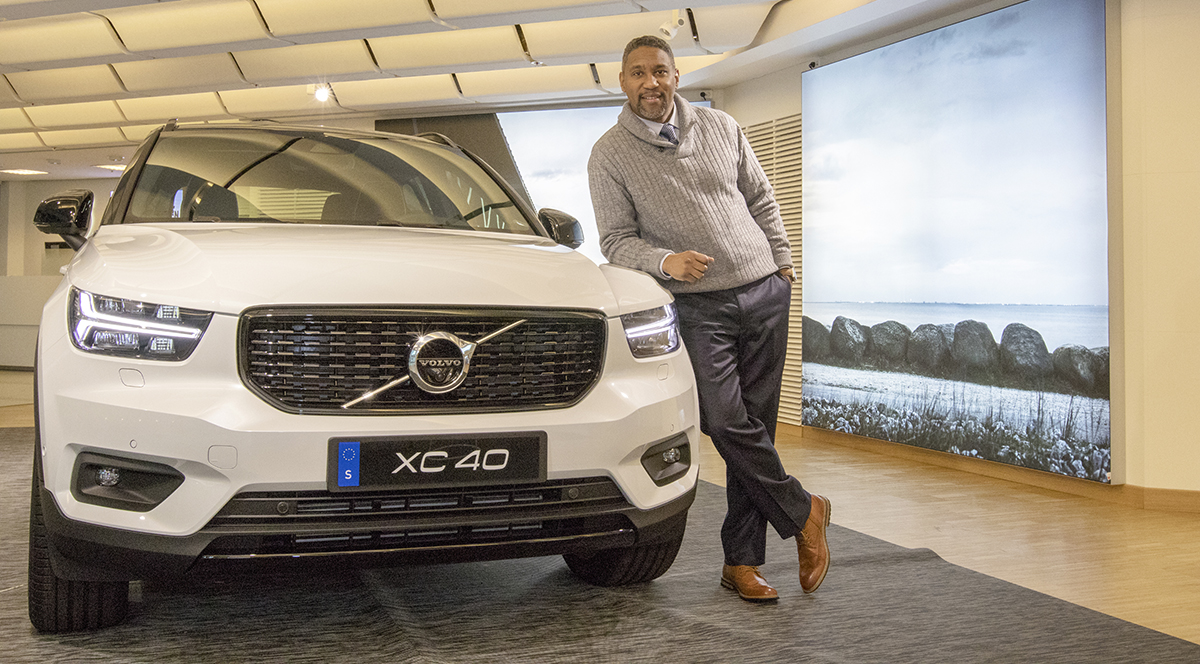 You joined Volvo about nine months ago from GE, what is the focus of your role?

My role is about proactively identifying and encouraging innovation. We want to reward people more for filing patents, get more actively involved in the invention process at an earlier stage, and do a better job of marketing our department internally. Introducing activities such as inventor appreciation dinners and in-house town halls to educate people about intellectual property rights is part of this effort.

We’re also using IP in ways that are not traditional for Volvo. We filed a lawsuit two weeks ago for patent infringement. That’s new for Volvo. Our licensing activity has become more proactive; where typically we licensed on demand, today, we’re looking at opening our entire portfolio for licensing and are exploring new partnerships and spinouts.

In parallel, we’re switching to a more open innovation model, working in close collaboration with our partnerships and alliances office. We operate a global tech fund to invest in companies with good intellectual property and are present in key global technology hubs like Silicon Valley and Tel Aviv.

Is it difficult for you to find the expertise you need to build an international IP function?

I’m finding that people are really drawn to the Volvo brand. My latest hires have come from Minnesota, USA and Athens, Greece to Gothenburg, Sweden. I have been adding more technical competencies to the team and increasing its diversity by bringing in people of different national origins. I’ve also been hiring in Silicon Valley and Shanghai.

You’ve been quoted saying “in Scandinavian cultures modesty is very important and that means that innovation doesn’t always translate into filings,”. Can you say more about cultures and patenting?

The differences I see at the moment with regard to patenting are more of a cultural nature as I compare the US with Sweden. In Scandinavian cultures, there is a strong sense of collective equality - no one individual is that special, we are all the same. People do not boast. In the US, however, boasting is more socially acceptable leading to more invention disclosures. That said, from a policy standpoint, in Europe inventors typically have more rights. In Germany, for example, the remuneration law for inventors is about 12 pages long compared to the US where there is practically nothing.

Are patent systems a help or a hindrance to Volvo?

It has been complicated with the USPTO with respect to software patenting but I believe they are trying hard to figure things out. The EPO is fantastic in terms of customer service and it is clear they are listening to their customers. Both of these offices are doing their best so I feel hopeful about the direction we are heading towards.

When it comes to the system as a whole, I believe that its role remains to promote the progress of the useful arts. Since the 18th century that purpose hasn’t changed. Put very simply, why would you innovate without patents? There would be no return on the heavy investment into R&D that companies such as Volvo Cars make.

What advice would you offer a European inventor today?

Speak up if you think you’ve developed something new. Don’t be afraid to talk about it and don’t be afraid of failure. I’m interested in the concept of ‘agile development’, which is a process that has its origins in software but is relevant to hardware. It is about making products faster and engaging cross-functional teams in the evaluation of new ideas. A key takeaway in agile development is the importance of failing fast. It is ok to admit failure and say let’s learn and move on. It’s better than spending years trying to avoid failure by trying to make the unworkable work.

Nils Bohlin, an engineer at Volvo, invented the three-point seat belt in 1959 at a time when, if they were fitted in cars, seatbelts took the form of a rudimentary two-point waist restraint. Volvo then opened up the patent so that any car manufacturer could use it in their vehicles. They decided that the invention was so significant, it had more value as a free life-saving tool than something to profit from.

The three-point seatbelt is estimated to have saved over a million lives across the world and has prevented even more serious injuries. It remains the most successful contribution to safety in the history of motoring.

4iP Council is a European research council dedicated to developing high quality academic insight and empirical evidence on topics related to intellectual property and innovation. This interview is one of many that can be found on the 4iP Council website.  www.4ipcouncil.com